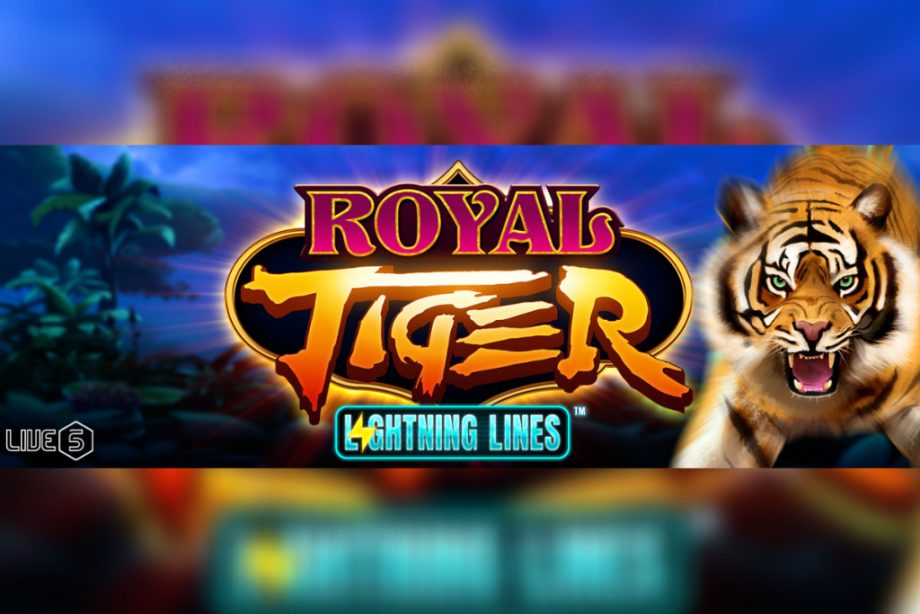 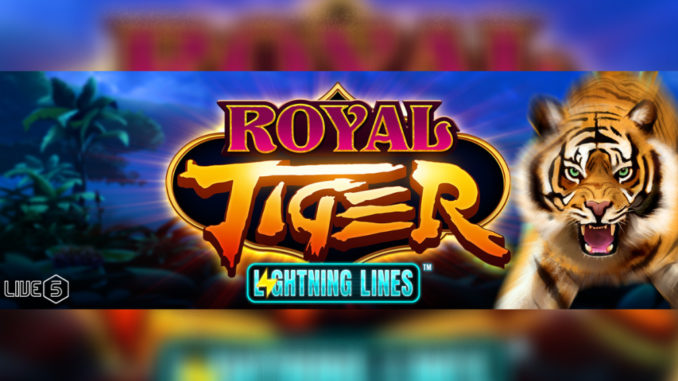 Lightning Lines™ from pioneering studio Live 5 guarantees to offer a Multiplier win or chance at Free Spins via a special wheel.

The latest title to leave the Live 5 production line promises to roar with big win potential thanks to an entirely new and electrifying mechanic, Lightning Lines™, which guarantees to offer a Multiplier win or chance at Free Spins via a special wheel.

Any three, four or five of a kind horizontal wins on a selected Lightning Lines™ then triggers the prize wheel with both Multipliers and Free Spins Bonus up for grabs. If the win is triggered with the Royal Tiger Jackpot symbol, the bonus wheel offers even bigger Multiplier wins of up to 250x

Royal Tiger crouches at the middle range of the volatility scale but still offers players the chance to Win Over 5,000x their bet with a return to player of between 95.56% and 95.81%.

The game is available via the software provider Microgaming from today and has been certified for launch in core regulated markets including the UK, Spain, Sweden, Italy, Denmark and all Malta jurisdictions.

Lloyd Butler, CEO, said: “Royal Tiger is the first game to include our innovative Lightning Lines™ mechanic which allows players to select the number of win lines they wish to activate for their chance to trigger the bonus wheel and unlock Multipliers or Free Spins.

“This is a smart feature in that it builds anticipation into each spin while also allowing players to have control over the number of Lightning Lines™ they wish to play with each spin.

“We are also thrilled to be distributing Royal Tiger with Microgaming, giving the game tremendous exposure with hundreds of operators in markets around the world. The slot really does pack some power and we look forward to seeing players become the king of the big win jungle.”