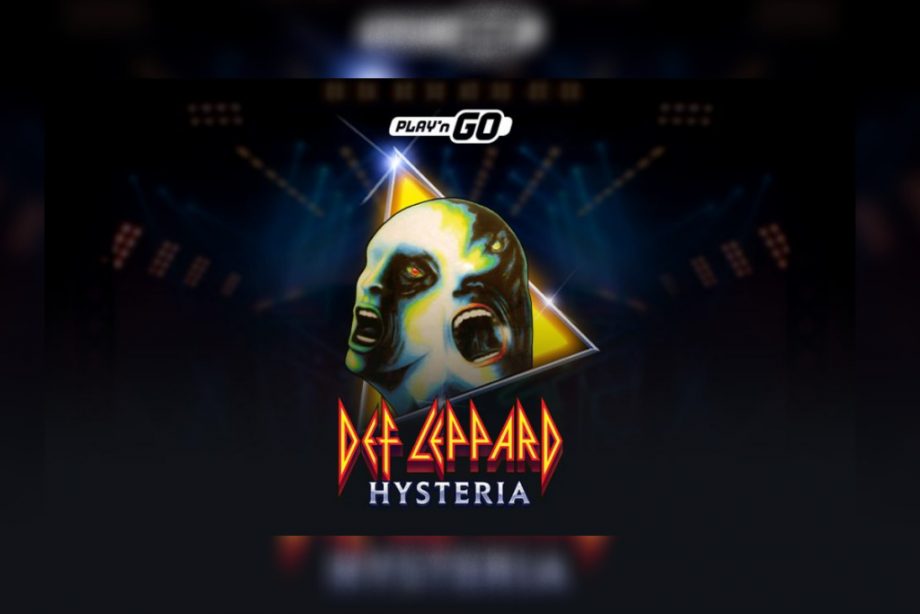 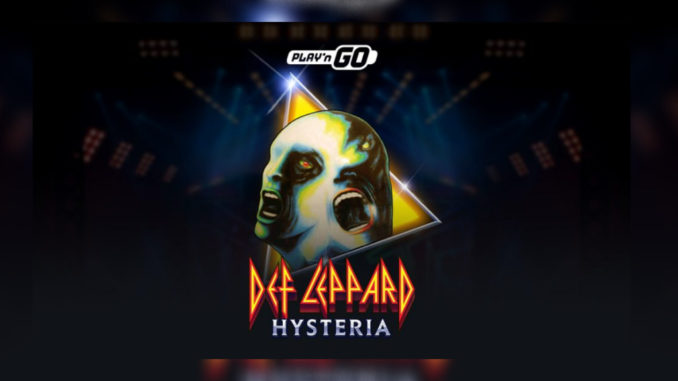 It’s the concert of a lifetime and Def Leppard is pulling out all the stops as they perform iconic hits from their bestselling album, Hysteria. Lose yourself in a time when dreams were as big as the hairstyles.

Not only is this an obvious choice for existing fans of Def Leppard, but the band is also renowned for their sci-fi aesthetics. Becoming popular across the 80s and 90s also lends to the retro feel that players enjoy. Especially in recent times the draw towards more nostalgic content has been on the rise.

Game designers have remained true to the band’s iconic aesthetic in every detail of the game, down to the charge metre that has a triangular design as a subtle nod to the Illuminati-inspired Hysteria album cover.

Much like Play’n GO’s Alice Cooper and the Tome of Madness, Def Leppard Hysteria is designed to create the experience of being at a live concert. Several songs from the infamous Hysteria album play throughout the game set on a staged backdrop with lights.

“Our collaborations with iconic artists such as Def Leppard continue to prove popular with players everywhere – and their amazing fun to work on too.

“Not only is this great for music and slot fans alike, but it gives us amazing inspiration on how we can push our features further. Like with the Pour Some Sugar on Me feature, it’s all about visuals, clear goals and most of all, entertainment.”